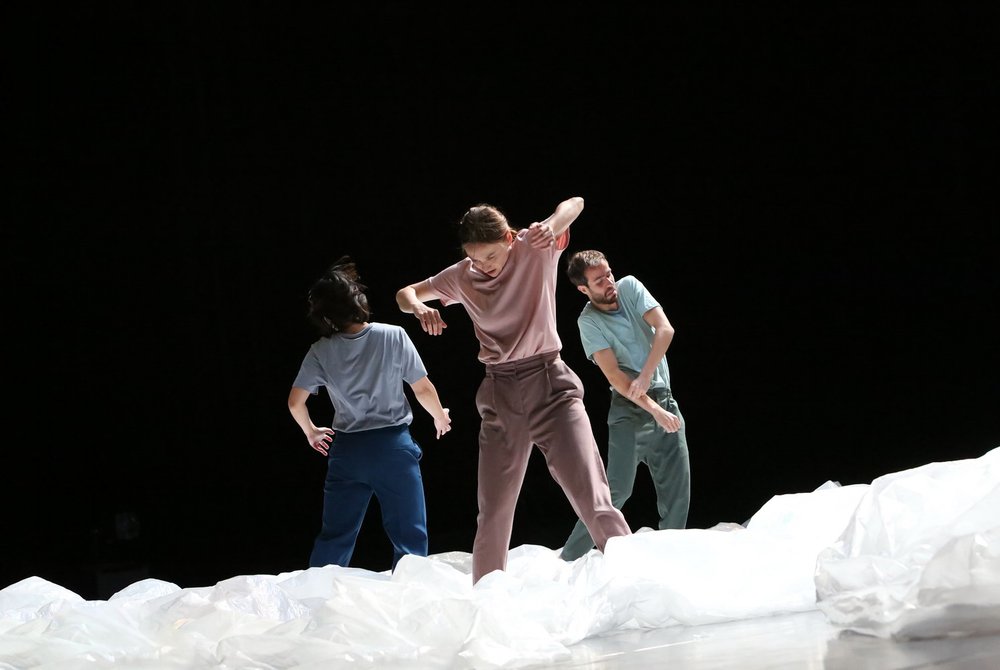 Give me a reason to feel

Give me a reason to feel by Anne-Mareike Hess is the uprising of three dancers who, with all their strength, try to escape the hopeless lethargy of a landscape devoid of any meaning, and depart onto a search of their long-lost feelings.

Give me a reason to feel invites the audience into a choreographic journey through the shadows and the light, a reflection on contemporary times of emotionally charged socio-cultural debates and callous economical pressures.

Thanks to: Dock11 Berlin and Uferstudios Berlin

There are some artists whose next creation we expect frenziedly. The luxembourgish dancer and choreographer Anne-Mareike Hess is one of them. Because we love her exigent work that is without concession.

Let's compliment [...] Anne-Mareike Hess for continuing to weave her thread while renewing herself and delicately mixing narration and theory.

Abysmally beautiful
Then there is also "Give me a reason to feel", the new choreography by Anne-Mareike Hess, in which the boundaries blur immediately and you get into an unpleasant pull from the first second.
...
The trio wanders around - more shape than a human being - with an empty and somehow also frightened look. The three act like they are out of control
Robot. […] Every now and then it seems as if they are paralyzed, but the paralysis is not complete because a certain amount of movement still permeates. The assumption is getting closer that it is their thoughts that, for an unexplained reason, fell into a state of shock.

Soon you would think they are hanging on invisible threads, while a puppeteer decided that they shouldn't be able to find each other, but are doomed to distance themselves from each other. In places, it feels like they are moving in different (thinking) rooms, even though they are only a few meters apart. All of this reminds in a sad way of the "normal" everyday life in a world full of egomaniacs who, unlike the artists in this piece (often) don't even dance, but mow down the social dance floor with their own tank.
...
The imperceptible becomes palpable, the un danceable danceable. Anne-Mareike Hess’s affinity for physicality emerges in her current work as well as in her previous pieces (especially in “Tanzwut”). She dedicates herself to the body with a high level of analytical ability and subsequently tries to deconstruct it. Likewise, she deals with conditions, both mental and physical. The aim is to find out what holds body and mind captive, in order to finally free them both, partly by dancing. These steps, however, do not focus on aesthetics, Hess is not a courtesy choreographer who primarily wishes to sprinkle the audience. With her experiments in the context of contemporary dance, Anne-Mareike Hess tests limits and thus challenges the audience.

Marie-Laure Rolland has collected some feedback from the students and has published them at La Glaneuse. 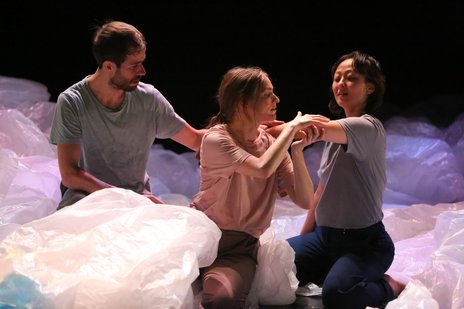